Dukk paused before starting with the post launch protocols.
He allowed an extra few minutes for the new comers to take in the breath-taking scene before them as they made orbit. It was a haulier tradition. The first time was the most memorable and he wasn’t going to take that away from Marr or Luna.
Turning his head to look at Marr, then to Luna, behind him. He was glad of his choice to make the tradition, his tradition.
Luna noticed him looking back and smiled. Her eyes said, thank you.
Dukk caught Bazzer’s gaze as he started to turn. Bazzer nodded his head and smiled.
Mentor and Annee took notice of Dukk turning. They too smiled back at him.
It meant a lot to Dukk. The acknowledgement that Dukk had made it. He was captain of the Dinatha.
Hiding a tear, he turned back towards the wind shield.
As he did, Marr turned her head in his direction. She smiled at him. He realised she’d seen the emotion, and it didn’t bother him.

Dukk reach towards the console. The auto-pilot was waiting for permission to engage the flight plan for the first traverse.
“When you are ready, I’d like us to proceed with the post-launch protocols. Let’s start with vitals, Annee, Mentor?” Dukk said into the crew comms.
“Crew vitals are all stable. Passengers are coming around. All stable,” Mentor answered immediately.
“Thank you, Mentor. Bazzer and Luna, integrity and systems?”
“Luna, do you want to share the update?” Bazzer said.
“Definitely,” came the reply from Luna. There was a short pause as she interacted with the console before her and Bazzer.
“Hull integrity is one hundred percent. Air quality ninety eight percent. Systems are all green,” Luna shared enthusiastically.
“Excellent, thank you, Luna,” Dukk answered and then continued, “let’s bring the DMD online.”
“Of course. Umm, Bazzer?” Luna replied.
“Open up the system protocols panel. Yep, now choose DMD. Okay, and check there,” Bazzer replied.
“It is looking for authorisation,” Luna commented.
“Done,” Dukk replied after interacting with the console.
A slight shiver ran through them all. Marr and Luna gasped in unison. As it dissipated, their limbs got slightly heavier. Not the same as on Earth, but more than the moment they reached orbit.
“Looks like that worked,” Dukk said as he accepted the flight plan request on the auto-pilot.
Almost instantly a minor vibration could be felt as the thrusters engaged for a split second. The rig began to rotate gently.
“Excellent, Luna. The DMD is responding and we have an initial traverse countdown of eleven hours and fifty three minutes. That would put our first traverse at four minutes to seven tomorrow morning. Let’s go to slow running and wait it out. Luna?” Dukk added.
“Slow running?” Luna replied.
“Go back up a panel. Select ‘Slow Running’. Choose ‘Commence protocol’. Yep, you have it,” Bazzer instructed.
“The indicators are lighting up. Starting to go green. Reactor two is spinning down. Solar panels are being deployed. Estimated time is four minutes,” Luna replied.
The rig trembled slightly as the solar panels were deployed and heat shields moved into place as counter balances. The thrusters fired briefly again to adjust the angle of the rig to maximise it’s orientation with respect to the Sun.

Dukk removed his helmet and the others followed suit.
“Time for something to eat. Dinner is on me,” he grinned to his crew.
Annee raised her eyebrows.
Dukk continued as he laughed to himself. “Marr and I are on cooking duty since we are on watch. What are your orders?”
“What’s on the menu?” Luna asked in jest, knowing she could look it up.
“On the specials list tonight we have Crayfish Bisque, Angus Beef Chateaubriand and Lemon Meringue Tartlets. There is also, oh wait, that was last week’s menu. Actually on today’s menu we have a selection of rehydrated meals of the usual variety. I hear that the cacciatore is particularly good this time of year,” Bazzer responded.
Luna and Bazzer laughed at each other.
“Clearly the rapport was building,” Dukk thought to himself.
“Flick me your order and I’ll get down there and sort it out. Let’s say twenty minutes. That good for everyone?” Dukk said.
No one objected.

Annee and Mentor started to leave their seats but stopped when they noticed Bazzer smiling at them.
Bazzer unbelted and then turned to Luna, “Time for some R&R, after you.”
Luna unbelted and went to push herself up out of the seat. Unaccustomed to the reduced gravity her muscles propelled her straight upwards towards the ceiling. She tried to hook her foot under the console to stop her upwards motion but that only took her off balance. She then reached out for the ceiling in an attempt to cushioned the impact. But she pushed back too hard and that launched her body back towards the seat. Where she bounced three times before coming to a rest.
Bazzer folded onto the console in fits of laughter. The others giggled too.
“Sorry, Luna. The first of many initiation ceremonies for apprentices,” Annee shared in sympathy.
Luna tried to smile as she was sprawled on the seat indignantly.
Mentor offered an indifferent expression as he reflected on his own experience of this haulier ritual.
“Marr, you could have warmed me,” Luna pleaded.
“Sorry, Luna. In a lot of ways, I am as new to this as you are. Just glad it was you not me,” Marr said smiling innocently.
“Mentor, we’d best get into see that our guests get settled so we get some downtime ourselves. Dukk, I am passing the hail channels back to your comms,” Annee said as she made for the cockpit door.

“You’ll have plenty of chances to get me back,” Bazzer said to Luna warmly, then continued, “Our last task before we eat and relax, is to sanity check the load and engine room. We are done after that until two AM. Let’s use the forward shaft and avoid any delays on the stairs as the passengers get themselves downstairs.”
With that he spun his legs into the air. Did a sort of a hand stand on the chair armrests and connected his boots to the ceiling. He then walked across to the hatch and opened it whilst still upside down. He then pushed off the ceiling and shot into the shaft.
“Show off,” Luna said as she watched his style and committed to trying it for herself at the first opportunity. 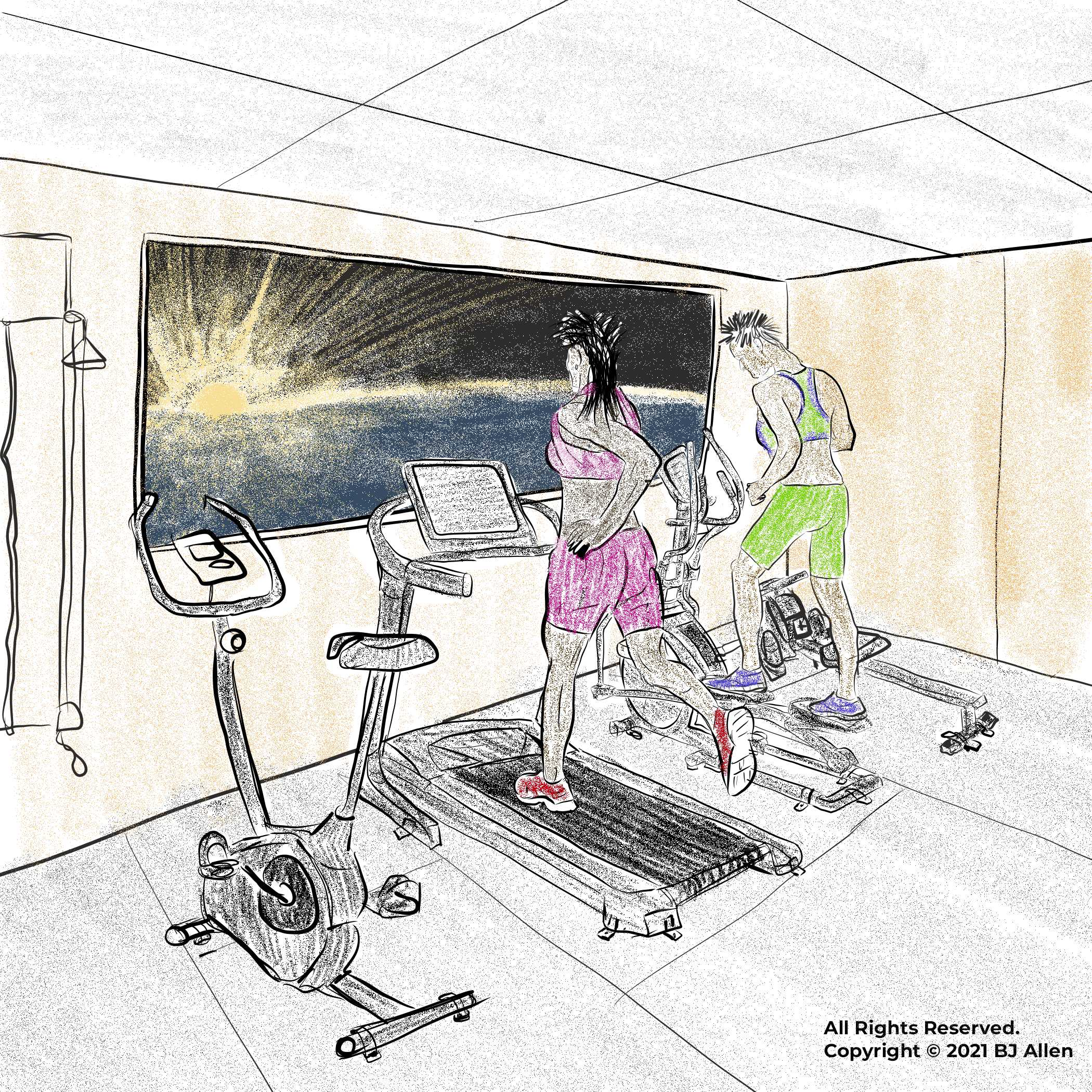