Marr was in her favourite place. Binoculars at hand and hidden in the bushes near the crest of a hill overlooking the approach to the port.
From there she could see both the approaching rigs and the port. She could see the nature of the activity in the dock.
Reporting on this activity was why she would typically be found in this hidden lookout. Her role was to report when there was increased security well ahead of the arrival of a rig. For typical cargo, the observers, sentinels, and ground crew would only show up after the rig breached the horizon on its final approach. However, for valuable cargo the dock was inspected and locked down 60 minutes before the rig arrived. This information was valuable for the raiders who would hit the rigs before they got near the Citadel.
However, right now was different. At this moment, she was there by choice. In her free time, she often came to the lookout simply to watch the rigs come and go and reflect on the path before her.
This was one of those times. But with a difference. She knew things were in motion now. The waiting was nearly over. Soon she would embark on the path set out for her.

Marr was of average height and medium build. She had fair complexion, with a tint of olive. She had dark brown hair, and light blue eyes. She was attractive in a sense, but not obviously so. Her attractiveness was in the way her eyes smiled before her mouth. With the years of hardship and training, and because of the seriousness of the path she was on, that smile was rarely seen. This was useful, as it enabled her to pass by others barely noticed.

From her position on the hill, she not only had a view of the port, but the Citadel as a whole.
She could see the seventy-foot-high wall and parts of the residential buildings which lined the inside of the wall.
The port was built into the wall. Huge doors would open up to give access to the dock. Rigs could be parked inside the wall and the doors closed when the Citadel came under threat.
So, since the doors were rarely closed during the day, she could see exactly what was going on.
Further in from the wall, she could see the vast green houses, incubation dorms, warehouses and factories that made up the middle ring.
And, beyond she could get a glimpse of the inner circle of the Citadel with its fine buildings, huge stretches of greenery and towers.
Of course, she had never been to the inner circle. Her mentor was the only person she knew who had even seen anything of that part of the Citadel.
She had lived in the middle ring until she turned 18, when she moved into the adult residential districts, embedded in the wall.

Marr had led a pretty typical childhood.
She was born in an incubation centre and lived there until she was eighteen. She went to formal school until her tenth Birthday, which she shared with the eleven others in her dorm. On that day they all took the Test. Her results meant she wouldn’t be furthering her formal education.
Instead, the day after the test, she woke to a half full dorm room. Those like her that were left behind, had now finished their formal schooling, and were cycled through the various labour jobs.
She worked with the industrial cleaning teams. Spent time in the greenhouses and the factories. She also spent time in the kitchens and with housekeeping. The latter being her least favourite.

During the 8 years in labour training, Marr showed particular interest and prowess with all technically challenging aspects across the various areas. This enabled her to apply for an apprenticeship role with the keepers, the maintenance teams who ventured beyond the walls. They maintained fences, tended to the larger livestock and managed the vineyards and orchards.
So, on her 18th Birthday she moved out of the dorm and into a h-pod in the residential district. She then spent five years as an apprentice, learning the ways of the keepers in the wild. She still had to return to the citadel at night, to check in, upload her logs, eat, and sleep. And being outside was extremely dangerous, but the freedom of movement made it all worthwhile. 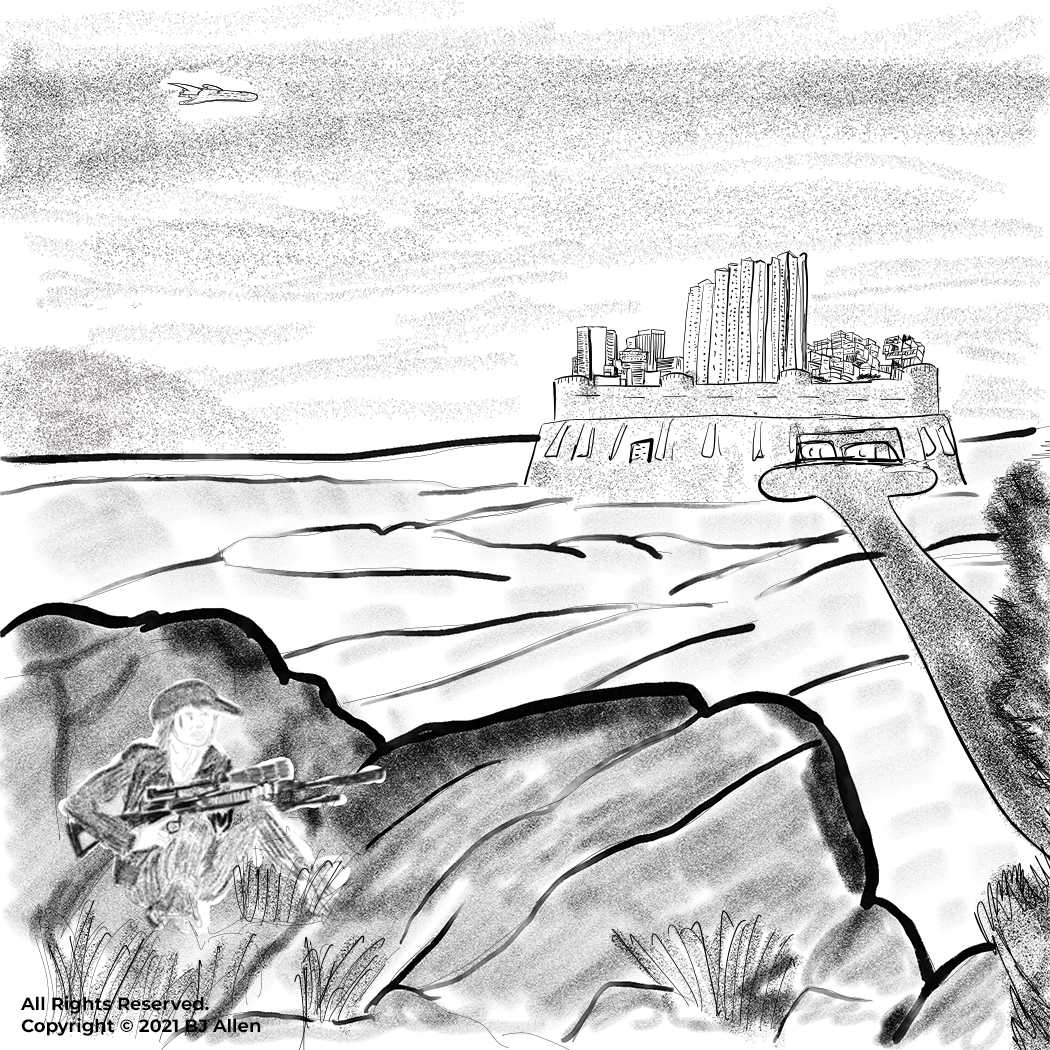