Dukk was feeling a little sleepy. Thankfully he had managed to sleep for most of the 5 hour supersonic flight from Kuedia to Utopiam. However his body was demanding more.
The previous evening’s events came into focus as he waited for the privileged to leave the craft.

He had taken his time getting back to the h-pod after the meeting with the mystery man.
By the time he got there, Larinette was already gone. Dukk, hadn’t noticed the message on his comms.
Larinette had said she was ready and had gone on ahead to enjoy a pre-dinner drink. She mentioned she was meeting some of the crew from her new rig, the Plinthat.
Realising the time, Dukk had changed quickly and headed straight to the restaurant pub.
The place was heaving. The rest of the crew were already there, sitting at a round table in a back corner.
Larinette and Bazzer were sitting on either side of Rachelle. Annee was next to Larinette. That left Dukk with the remaining seat between Bazzer and Annee. That suited him fine.
The conversation during the meal had been jovial and light. And, the food was good. The cooked food was a lovely departure from the usual rehydration packs they were accustom to whilst hauling.
Dukk was pleased that he had been able to disconnect from the madness and enjoy himself.

Making his exit from the gathering, turned out to be quite straightforward.
After the meal the crew from the Plinthat join them as did a number of others. Things escalated quickly as the drinks flowed and the stories got longer legs.
Dukk had no problem simply easing himself out of the conversation and slipping away. After leaving the pub, Dukk had retrieved his overnight bag from the h-pod.
He figured he wouldn’t have any further use for the accommodation and travelling without a bag only drew uncomfortable questions.

Making his way to the VG launch pad was uncomplicated.
While located near the centre of the Citadel, the Hyperloop serviced the pad. It took him roughly 30 minutes to get to the ID Gateway, giving him plenty of time to clear the controls and board, ready for the midnight departure.

Being unprivileged meant he had to sit at the back of the VG in the food service area.
The seats weren’t as comfortable as those in the cabin, but years of hauling had trained him into sleeping anywhere and anytime the opportunity presented itself.

“You can leave now,” a voice interrupted Dukk’s reflection.
A flight attendant was opening the curtains, signalling that the cabin was now clear.

Dukk made his way through the craft and into the ID Gateway area.
Before him was a large space with scanning stations at the other end.
Between him and the scanning stations were ropes marking two queuing zones. He filed into the queue that was labelled “Unprivileged”. He was the only one in that queue. In the other queue there were 50 people dressed in typical observer garb.
Dukk smiled quietly to himself thinking of the trouble they all must have to go to. The elaborate, brightly coloured, and perhaps chaotic designs were worlds away from the red shirt and chinos that he wore. Watching them talking loudly at each other in their intoxicated state was a nice distraction.

Having enough of watching the madness before him, Dukk gave his attention to the monitors on the walls around him. There were ads and political messages.
A news channel caught his eye. On the screen was a picture of a reporter talking. And, in the background was a rig with what looked to be damage to the nose.
Dukk tuned his comms to listen in.
“This morning, a simple misunderstanding resulted in damage to the Bluilda galactic hauler. The captain has expressed disappointment at the accident which she says will have her grounded for 1 or 2 weeks. The Bluilda was due to load and depart tomorrow. A spokesperson for Galactic Core Foods said they were seeking a new haulier to fulfil the beef contract which they had previously awarded to the Bluilda.”
Dukk silenced the broadcast.
He didn’t know the Bluilda crew personally, but he had heard of them. He also knew they used Thumpol to get contracts.
“Coincidence!” reflected Dukk sceptically.

Dukk lifted his arms and opened up his hands.
“Open local haulier chat rooms,” Dukk instructed his comms.
An array of panels and words began to appear in the air between his hands.
“Show me chat relating to the Bluilda, for the last 8 hours,” Dukk said in his head.
A collection of stories streamed in the air before him.
Dukk scanned them quickly. As he suspected, there was chatter about trade wars and contract agents competing for business. A few comments suggested the incident was intentional and aimed at putting the contract back on the market. Thumpol’s name appeared a couple of times. It looked like the contract had been facilitated by Thumpol and now was being handled by one of Utopian’s main players. A man who went by the name of Wallace.
“Not a coincidence,” Dukk said out loud, drawing the attention of a couple of the observers.
Dukk smiled, dropped his arms, and drew his eyes to the ground as he continued to wait for his turn to be scanned. 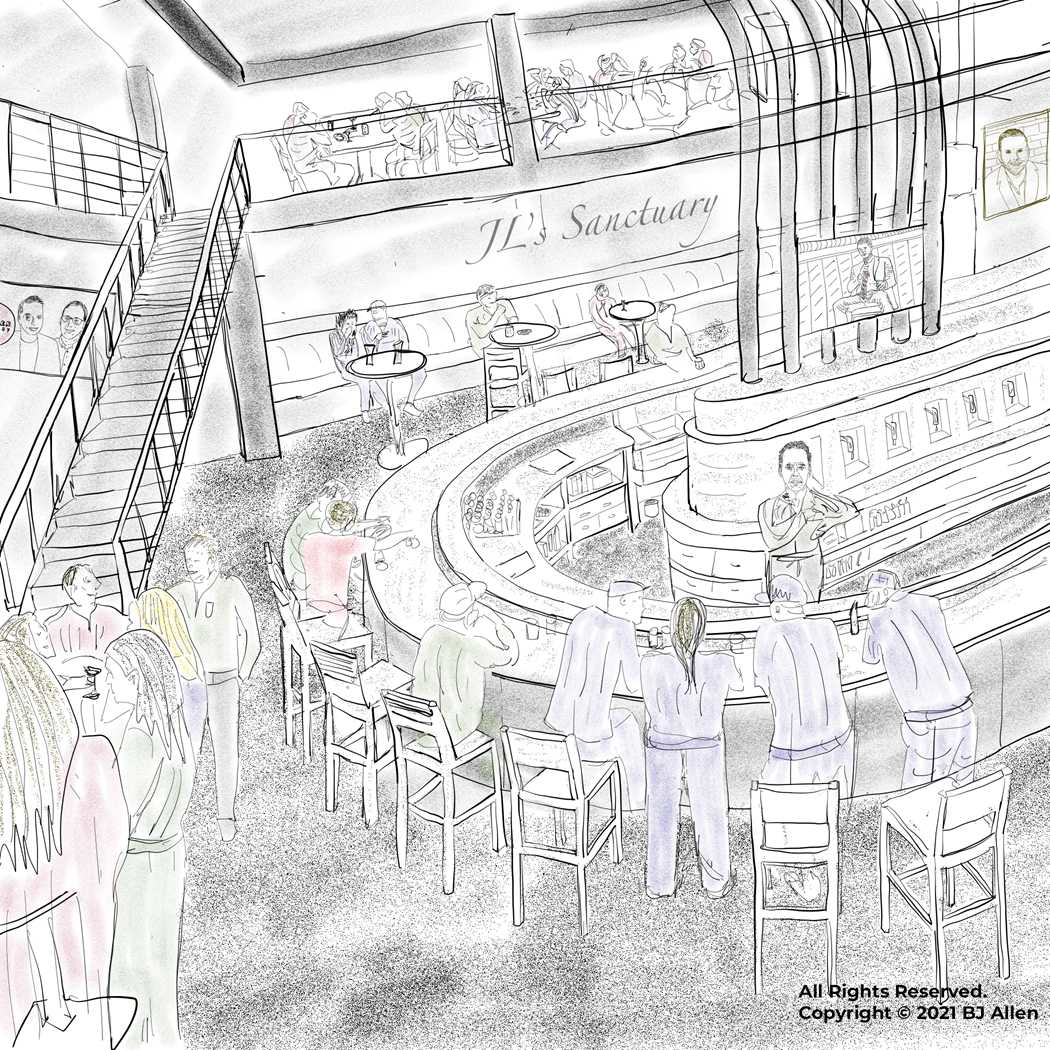