The outgoing captain, Rachelle, had given him the Conn shortly after leaving Drafuse. She wanted to start her retirement early, which suited Dukk fine. He had been first mate for over 5 years and had helped manage this old rig through many far more challenging situations. The run had been uneventful and the conditions for descent looked perfect.
Dukk was really looking forward to making a start on securing his own retirement. Which he knew meant clearing the many favours and debts accrued to get him to the position he was now in. And that being, about to become captain of the Dinatha. Two things had come together to enable that. Firstly, Rachelle had finally cleared her debts. Secondly, Dukk had finally secured the line of credit he needed to buy Rachelle out of her share. With the largest share, he would naturally assume the role of captain.

Dukk was average height. Wide shoulders and a big chest gave him a stocky look. Fair complexion. His petrol hazel eyes looked brown against his dark brown hair. He was attractive in an ordinary sort of way, with a warm smile but a seriousness about him. And he was reasonably fit and worked hard at staying that way. Not an easy task when spending so much time in near zero-g.

The life of a haulier suited Dukk fine. He knew the risks but kept coming back. After all it was the only life, he knew. He had made that choice as a teenager and hadn’t looked back. It wasn’t an easy choice. He recalled the moment he first grappled with the hard truth of his choice. He was about to board a rig for the first time. He was at a port waiting for the arrival of the rig that would be his new home. A port worker noticed Dukk there looking anxiously out at the approaching rig. He came over and looked out too.
“I wouldn't ever see myself in one of those contraptions,” he said.
And, then added, “it looks like a gigantic 20th century space shuttle. One of these days it will probably share the fate of Challenger.”
Dukk still had no idea what the port worker was talking about and put it down to madness. 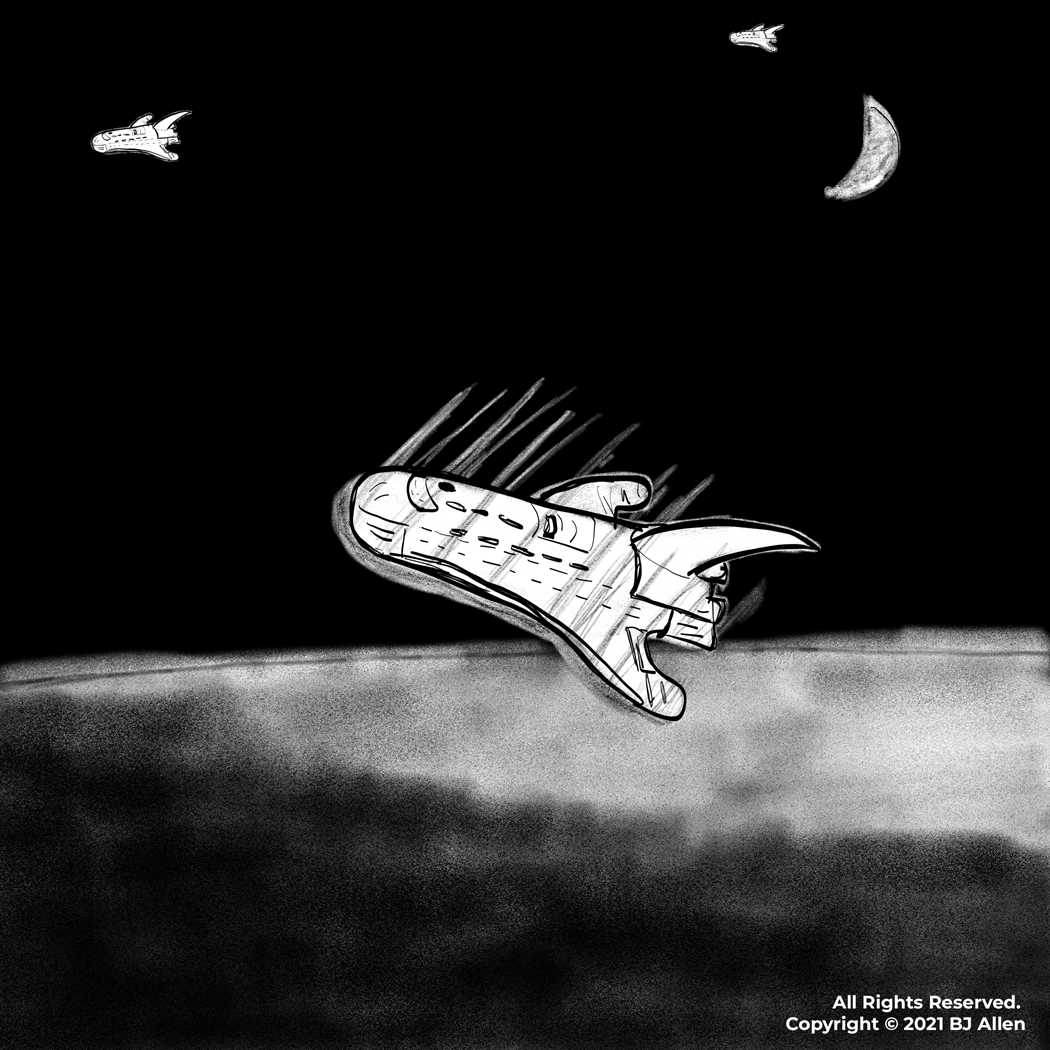